Developing IOS apps with the precision of advanced pre-built modules that provide modern IOS applications within a spectacularly short timeframe. 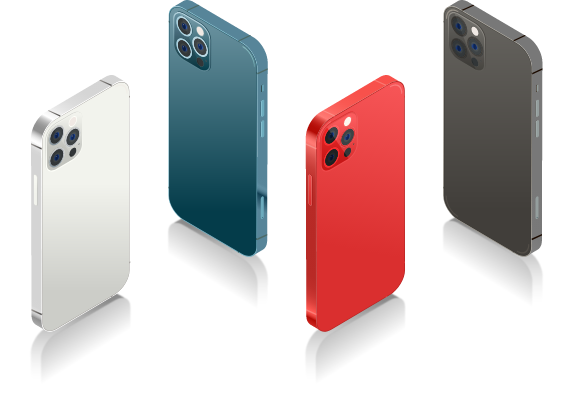 Swift is a relatively new programing language developed by Apple. It automatically means that it develops applications for Apple-based operating platforms like IOS, macOS, WatchOS, etc. Swift language is less complicated and thus is loved by many programmers new as well as experienced.

Core Data is a persistence and object graph framework that is used to maintain model layer objects in an IOS-based application. Apple made this language available on iOS with the launch of the iPhone OS 3.

Xcode is a combined development environment for Apple operating systems like macOS. Xcode offers tools to handle the complete development workflow, from creating an app to testing, optimizing, and ultimately submitting it to the App Store.

Augmented reality also famously known as AR is an interactive presentation of real-world surroundings in a digital form.it is a magnified version of the physical world delivered through virtual visual elements, sound, and other technologies that provide sensory stimuli.

Coca controls is a programing language that lists open source UI components. It is used for IOS-based platforms like iOS, iPadOS, tvOS, macOS, and watchOS. It helps to enhance the quality of applications with the least work possible.

Alamofire is an HTTP networking library based on Swift language, which is used for different Apple-based platforms. It is a simple and composable way to provide an interface to HTTP network requests.

Object Mapper is a framework based on swift programming which helps in converting model objects like classes and Structs from JSON and vice versa. It basically provides functionality for reading and writing JSON scripts.

AFNetworking is an open-source networking library that is used for Apple-based platforms like IOs and macOS. It helps in creating modular request/response patterns with success, progress, and failure completion blocks.

Socket IO-client swift is a library based on javascript that allows real-time communication between client and server. Socket IO made it easier for developers to work with WebSockets in the IOS platform.

SwiftyJSON is a type of open-source library that allows developers to use JSON language in the Swift platform. It allows the developer to read and program JSON data from an API or a server.

Country picker is a third-party library for IOS that allows the user to locate, search, and select countries within an application.

Send Bird’s API provides an easy and simple chat voice and audio connectivity between users with web and mobile applications. It provides a stable and easy real-time chat feature with the IOS application.

The google places API is a third-party library service that provides information about places and areas by HTTP requests. This can be used to in and project real-time traffic and locations in different IOS applications.

Google map API is a set of application programming and tools that allows us to integrate the services of google maps into a personal application. It helps you to add appropriate features in the application that might be useful for the users.

Aside from all these development tools and languages, we also have a fleet of more than 1000 in-house modules that we have created with years of work experience.

Cloudinary offers cloud-based images and video solutions for websites as well as mobile applications. It provides simple yet elegant image and video upload, modification, and delivery abilities that can be integrated with an app.

At Appther Technologies, we aim and strive to provide state-of-the-art mobility solutions to all our clients. We recognize that mobile applications are an integral part of any organization and we use the best resources available to deliver an application with all the chart-busting qualities it can have.

After ensuring the quality of the application, the next thing we focus on is the time of the delivery. With years of experience in developing applications, we have created numerous in-house modules that can be used to curate an application quickly thus leading to quicker delivery of the application.

Curating a mobile application is a long process and the entire process from planning to delivery can take as long as a year if not more. This long duration can hamper your organization’s growth as other competitors might lunch their applications first, resulting in the loss of that competitive edge.

Well, at Appther Technologies, you don’t have to worry about the long time-consuming development process. As we are involved in this game for many years, our organization has created more than 1000 in-house modules.

These modules contain several pre-written codes that target different features in an application. These models can make up to 70% of the applications development and the rest we create during the development phase.

This method gigantically reduces the coding time of the application and allows us to launch the app into the market at a much shorter time compared to the other app development firms.

As we stated before, because of our numerous in-house modules, we are able to compress the development process greatly. Where most of the companies might take more than a year to complete and deliver an IOS application, Appther Technologies on the other hand commits to deliver the application within a 3 to 6 months period.

This reduced time and quick launch of the product will ensure a competitive edge over your rivals and will allow you to tap the market earlier than any other organization.

With next-gen technologies, we bring Mobile app development to SMEs, startups, and industry giants with the vision to digitize experiences. Get ready for state-of- the art mobility solutions at your fingertips.

With next-gen technologies, we bring Mobile app development to SMEs, startups, and industry giants with the vision to digitize experiences. Get ready for state-of- the art mobility solutions at your fingertips.

What does IOS app development mean?

To put it simply, IOS app development is the process of creating mobile applications that will support the Apple operating systems such as IOS, watchOS, iPad, and much more.

How long does it take to develop an IOS application?

Generally, a standard app can take 8 months to a year if not more to be ready for delivery. However, at Appther we have successfully contracted this timeline from 3 months to 6 months only.

Why should we go for IOS app development?

Two platforms have a major monopoly in the market which are Android and IOS operating systems. While both of the platforms are exceptional and have a head-to-head competition, most people lean more towards IOS app development.

IOS apps target the greater than the average earning population as Apple is desired and bought by most of the high earning people. Furthermore, the popularity of IOS devices such as iPhones is hugely more than the android devices. This automatically makes IOS a better choice if you want to build an application on a single platform.

What kind of team do I need for IOS app development?

Developing an IOS application requires a lot of skills and expertise. The curation of an application not only requires a set of developers but also requires several workforces that are capable to plan to execute and deliver the application on time.

To give you a proper idea of the workforce working on your application, mentioned below is the list of the team required for IOs app development.

How much does developing an IOS application cost?

So, it is essential to figure out a budget that will be up to your alley. However, if we have to give an estimate, a simple IOS application with a simple interface can vary from $40,000 to $60,000.

Which is better? freelancing or outsource to development agencies?

Hiring a freelancer and outsourcing the job to an app development company are the two most popular methods for developing an application. Most people feel that hiring a freelance will be a better and budget-friendly choice. However, this is not the case.

Many problems and limitations can arise with app development through a freelancer. Such as.

Because of these factors, outsourcing the job to a specialized app development agency might be the best choice. These companies have years of experience and portfolio on their belt and provide great transparency and reliability.

'My experience with Appther Technologies has been nothing but satisfactory. The sheer dedication and professionalism of the organization are unparalleled and the quality of the product delivered was quite impressive. The staff was helpful and supportive in case of any issue or edit that I might have. The organization provides full transparency and commits to deliver the application within the deadline.''.

Send us a message

With next-gen technologies, we bring Mobile app development to SMEs, startups, and industry giants with the vision.